What is LPG or LP Gas?
Liquefied petroleum gas (LPG), is the generic name for propane and butane gas. They are both a mixture of hydrocarbon gases used as a fuel in heating appliances and vehicles, and increasingly replacing chlorofluorocarbons as an aerosol propellant and a refrigerant to reduce damage to the ozone layer.

Why is it called Liquefied Petroleum Gas? 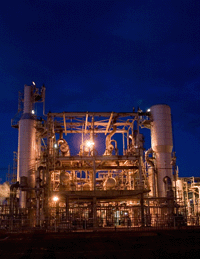 This is because these gases liquefy under moderate pressure and they readily vaporize upon release of pressure. At normal temperatures and pressures, LPG will evaporate. Because of this, LPG is stored in steel tanks. In order to allow for thermal expansion of the liquid gas, these tanks are filled between 80% and 85% of their capacity. The ratio between the volumes of the vaporised gas and the liquefied gas varies depending on composition, pressure and temperature, but is typically around 250:1. LPG is heavier than air, and thus will flow along floors and tend to settle in low spots, such as basements. This can cause ignition or suffocation hazards if not dealt with.

Where does LPG come from?
LPG is manufactured during the refining of crude oil, or extracted from oil or gas streams as they emerge from the ground. There are several terminals situated around the coast of the UK. LPG is either delivered by sea tanker or piped in from offshore gas fields.

What are the advantages of LPG over Oil? 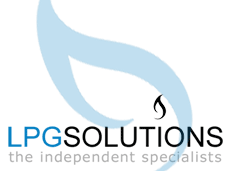